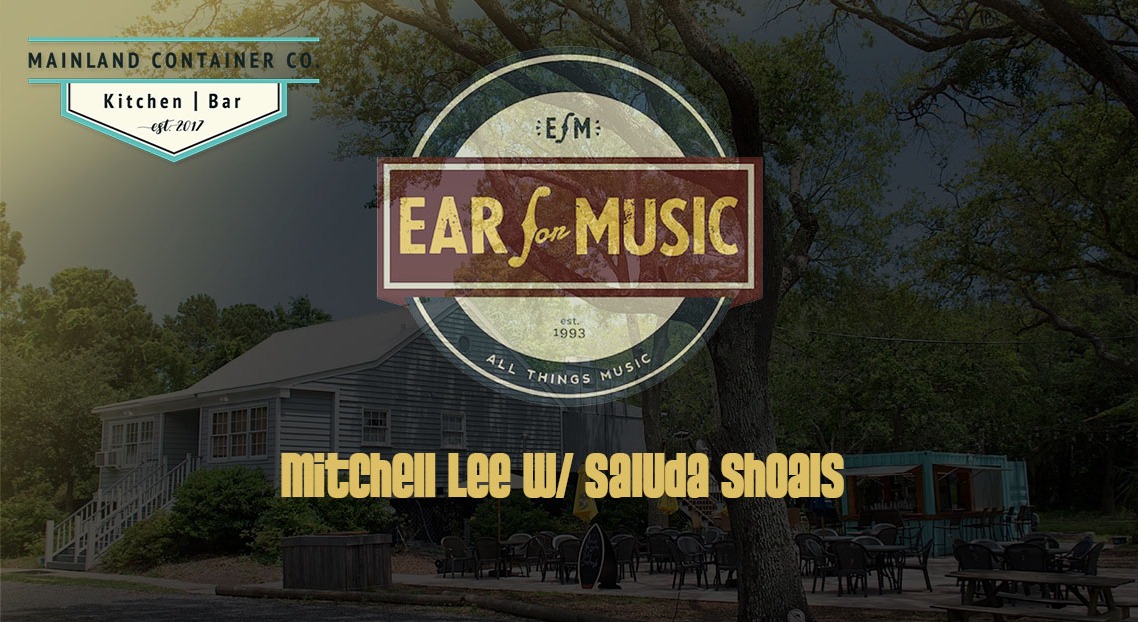 
Come join us at Mainland Container Co. for a very intimate evening under the oaks with Charleston's own Mitchell Lee!! He will be joined by his good friends Saluda Shoals Duo! It will be an early show show held from 6pm-9pm and then local favorites Jump Castle Riot will keep the party rolling inside once the outside show has concluded.

Mitchell Lee:
Mitchell began playing around the Charleston area as a solo acoustic artist, but eventually built a band with other local musicians. Quickly, 'Southwood' became one of the most sought-after bands in the southeast, opening for national acts like Kenny Chesney, Chris Young, Zac Brown, Chris Lane and many more. After good regional success, Mitchell approached the bandabout his desires to take their music to the next level... it was evident that Mitchell's dreams were bigger. Mitchell made the move to Nashville a few years back and quickly garnered the attention of some of the industry’s biggest songwriters. He also made the top 12 artists on The Voice w/Team Blake in 2017!

Saluda Shoals:
A stylistically unique roots rock band from day one, the members of Saluda Shoals have been singing, performing, and playing in sync as if they’d been together their entire musical careers. Throughout the course of the band’s union, they have won over the hearts of music lovers from all walks of life; performing at a variety of venues, making loads of public appearances, all the while writing and recording new music.

Jump Castle Riot:
Jump Castle Riot is a modern blues/rock band from Charleston, SC consisting of Nina Murchison (vocals), Jay Van Raalte (guitar/vocals), Bradley Palles (drums) and Derk Van Raalte (bass). Described as "if Ella Fitzgerald fronted a band made up of The Killers and The White Stripes," JCR has been praised for its effortless chemistry and explosive sound. “These kids have serious talent,” says Atlas Road Crew drummer Patrick Drohan. The Charleston music scene evidently agrees, having voted JCR the winners of five Charleston City Paper Music Awards, including Best Blues Band, Best Up and Coming Band, and Guitarist of the Year.